Have you ever tried fattoush? Fattoush is a traditional Lebanese salad, colorful, refreshing, crunchy and full of flavor.

It’s simply made with coarsely chopped vegetables and herbs, toasted or fried Arabic bread and a sweet-tangy dressing.

Sumac, a deep red spice with a lemony flavor, is a key ingredient. It’s sprinkled over the salad and bread before toasting, and used in the dressing. Sumac powder is available in Middle Eastern markets, in the spice aisle of some grocery stores and you can also buy it online.

Let’s talk about pomegranate molasses and purslane. Pomegranate molasses is a thick, dark brown syrup with a sweet and sour tang. Purslane is an herb similar to watercress. If you can’t get your hands on these ingredients, don’t worry. You can still make a great fattoush even without them.

Arabic Bread is like pita bread but slightly thinner. You can either deep fried it or brush it with olive oil, sprinkle with sumac and bake for 5 minutes. Remember don’t add the toasted bread to the salad until you are about to serve it or else it will soak up the liquid and become soggy.

Serve the fattoush salad on its own or as a side dish with grilled meat, fish or chicken.

I recommend you give this easy, fresh and delicious recipe a try. I think you will love it! 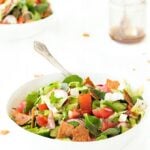 For the toasted Arabic bread: 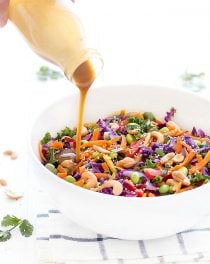 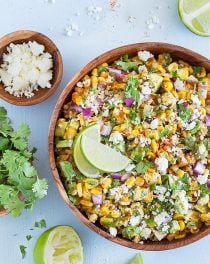 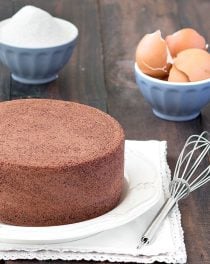